This is the exciting bit, the bit where I get to go gallivanting all around the place.

I’ve been to Dalwood House, an historical house on the river just outside Branxton NSW. It was established by George and Margaret Wyndham in 1830. 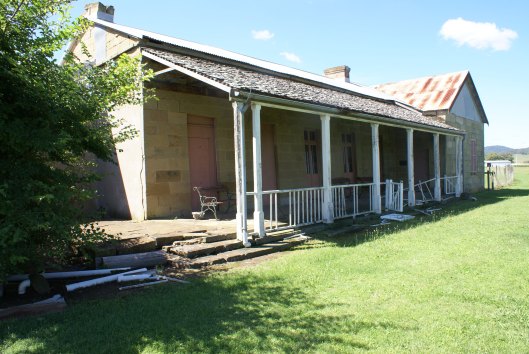 The view from the graveyard where George and Margaret Wyndham are buried. Looking across the vines to the ridge where the fictional Shelby Estate is situated.

Dalwood House features prominently in my book, On the River Bank (working title), it’s the home of the Wyndham family, who prove to be wonderful neighbours to my fictional character, but were, in real life, every bit as helpful and supportive of their neighbours as I’ve endeavoured to show in my story.

The courtyard is a setting where Maddy, my main character spends a lot of time. The northerly aspect would have been a delightful place to sit on a sunny winter day. Protected from the westerly wind, with the warm sun shining in on a cool clear morning. I could so easily imagine sitting there reading, writing a letter, even shelling peas or mending linen shirts.

Reader, can you see that tree lined ridge in the distance? Just at the edge of those trees is where Shelby House will sit.  Can you just about see the white render shining as the sun hits the walls on it’s way to the west?  Can you imagine the wide veranda shaded in summer by grape vines. From the paved flagstone veranda, Maddy will sit looking over ploughed fields, rows of tobacco, wheat, barley. She’ll watch her crops struggle in the dry hot earth.

As you can see, it’s very green now, and if Maddy had rain in 1832 like we’ve had this summer, the crops would have flourished. But 1832 didn’t have a wet summer, they had a hot dry summer, full of fires and scorching winds. 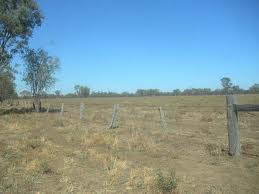 This is how the country usually looks in summer, and more like what the English Settlers and mostly Irish convicts, would have had to try to cultivate. To plant and grow their food, if they were to survive. All struggled in such harsh conditions. Many almost starved, those were hard times, but from such tough beginnings, a tough breed of people evolved. Australians.