Seriously though, as a reader, I’ve been wondering about what I look for in a book. How I define a good book, and what I consider an average read. What’s the difference between un-put-downable and “Oh, look, I need to clean the ceiling fans.”?

For me it starts with characters. I need to connect. I need to care about what’s happening to the characters. I am fairly persistent, I will give a character a good chance to engage me. But if by the third chapter I can’t remember their name or it’s not clear what is at stake for them, I’m outta there!

On the other hand, being a writer, I notice (that is, I do now, I never used to) when a author has proceeded to tell me a whole heap of stuff about the character in one go I kind of stall. I think this is known as “information dump” in writerly speak. You know the book where the author tells you in half a page that the MC (main character) loves gardening, lives in a pretty cottage by the river and has three dogs and seven cats and wants to marry a millionaire who drives a Jaguar and really likes to eat ice cream cones while sitting listening to Bach on her iPod.

If I wanted to set a scene and show you all that information, I could write it more or less as I have above, or I could do something like this:

Mary carried her ice cone to the small bench seat at the bottom of the garden. It was one of her favourite things to do at the end of a hot day spent pulling weeds and tidying the roses. She sunk down onto the slatted timber seat, proud of her day’s achievements. The quiet song of the river dancing over the stones soothed her and she closed her eyes to listen, watching the red glow of late afternoon sunshine through her closed lids. She sat thus, dreaming of her ideal man, imagining the faceless millionaire as he emerged from his Jaguar. Her favourite fantasy evaporated as fast as the perspiration on her neck when ice cream dripped and ran over the back of her hand to plop in a sticky mess on her sunburnt thigh.

A well written story shows us all this in the shape of action. This style of story telling is called Deep Point of View, and the best writer I know for this Diana Gabaldon. If you haven’t read her books then I strongly recommend that you do. Here’s a link.

So we have a character we could grow to care about. She likes gardening and ice cream. Fair enough! But then we want something intriguing to happen. We want to be given a reason to read on, to find out if everything is ok and that life and love works out for Mary. Perhaps even, we could  hope that Mary meets her Jaguar driving millionaire – just a thought.

So we could say that Mary was busily wiping off the dripping ice cream only to see an unusually large boat float by on the curve of the river that ran along the bottom of her garden and on the deck stood a man whose face filled the blank of her imaginings. 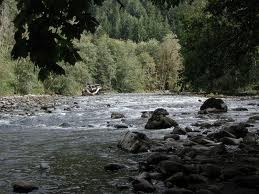 “Dammit!” Mary licked the sweet milky rivulet from the back of her hand before wiping the melted ice cream from her thigh with her finger. The overheated skin of her sunburnt legs quickly warmed the cool sweetness. Not wasting even a drop, she licked her finger. Index finger still in her mouth, she heard the throb of a motor. She lifted her head and shielded her eyes to look up the river. A large cabin cruiser was idling toward her, approaching the bend in the river. What were they doing? The  river was far too shallow for such a big boat to navigate. She stood up, a frown creasing her brow. From beneath the hand that shaded her eyes, she saw only one figure on board. She couldn’t see the face of the man who stood silhouetted on the deck. The boat crept around the far side of the watercourse, passing the shady trees on the opposite bank. She got her  first clear view of the man’s face. Her heart began to thud, a rapid tattoo in her chest.  The ice cream cone forgotten, she let her hands fall to her side, the ball of melting confectionery fell out of the cone and onto the grass beside her bare foot. Her breath caught. His face fit every fantasy she’d ever had. The face she’d never been able to imagine into her day dreams. She couldn’t look away. Across the sun dappled water his eyes held her’s captive. Until a loud screeching of fibreglass tearing over rock prised her attention from the handsome boater and down, to look at the point of contact between nature and design. Rover, Rex and Rosie came crashing through the herbaceous border, all three dogs emitting the deep warning growls, reserved for strangers who threatened.

For me a good story has an interesting character, a story question that I need to know the answer to and it has to take me deep into the character’s point of view. Too large a cast of character’s who aren’t clearly defined can also be the beginning of the end for me. 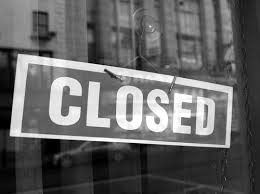 So how about you reader? What are you looking for in a story? What keeps you reading? What turns you off? If something turns you off a story do you read on in the hope of improvement? Or do you just give it away and move on? My time is limited, if it doesn’t grab me and hold me, I’ll find the next book and hope it does a better job of entertaining me. 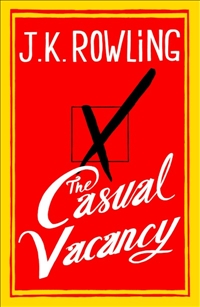 Well reader, I’ve finished listening to JK Rowling’s latest, and I liked it.

I read only one review before I read it and saw JK interviewed by Jennifer Byrne. I loved the Harry Potter series, but have always thought that JK Rowling seemed a bit of a miserable sort. I’m not saying that more cheerful interviews don’t exist, but every interview I’ve seen she seems fairly negative and a bit sour.

The Jennifer Byrne interview was the only one I’ve seen where she seems the tiniest bit happy about anything. Jennifer Byrne looked like she was working hard to lift the mood of the discussion and didn’t really ever succeed. Even when JK was speaking of happy things like her kids, she looked like she could easily break into a moan about something. As I said, maybe it’s just the interviews I’ve seen and others portray her differently.

I think “The Casual Vacancy” fits her demeanour. Jennifer Byrne described it as dark. I thought it as raw and miserable, a bit “East Enders”. The ending was forgettable, literally forgettable, I had to go back the next day and re-listen as I couldn’t remember how it ended. I think that’s telling, perhaps it was just me, but I felt that the book didn’t end in the right spot.

It kind of reminded me of Martina Cole’s style, for anyone who hasn’t read her books, they are very much focused on the grimy side of life. I did enjoy the way she made the characters come to life and I could certainly empathise with them, from the rough Krystal to the resentful Mary. It’s all about the people and how they react to each other.

I spent the first half of the book waiting to see what they were on about, then when I realised what was motivating the dynamics, it lost momentum for me. The most memorable scene for me was when self mutilating teen, Sukhvinder described a memory of Krystal and a rowing competition.  I think if all the book had been written along a similar vein, it would still have shown the hardship and misery, without leaving a feeling of hopelessness.

The book isn’t a light hearted romp and if JK was trying to get as far away from Harry as possible, she succeeded. Having said all that, I thought it was ok, I liked it, I didn’t love it and I wouldn’t read it again. But it’s not terrible. I would recommend it, if only out of curiosity to see what JK does to get away from Harry Potter.

Dave on the other hands hated it, he liked “Fifty Shades of Grey” better, and said Fifty Shades was a better story and well written in comparison. LOL I can’t comment as I’ve not listened to or read Fifty Shades.